Brent started CC after separating from the United States Marine Corps Reserve. When he could no longer serve his country, he discovered his ability to serve others in a meaningful way that many satisfied clients have greatly appreciated. For him, CC is all about motivating students to dedicate themselves to giving their all because you never know when things will change forever. Now is the time to start improving, now is the time to make your goals a reality, now is the time to overcome the barriers to your personal success. Seize the day before it seizes you!

What it means to work with Brent 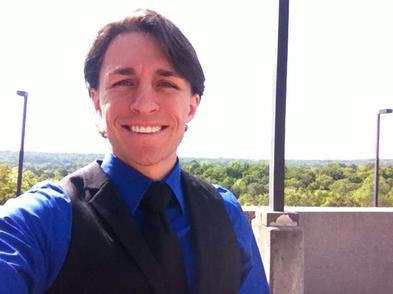 "...During the course of our tutoring sessions I took the GMAT twice. The first time was a bit of a disappointment. I remember Brent’s reaction was sincerely positive. At the time I wasn’t sure if we could get the amount of work done for a second attempt in time to take the test again before the admissions cut off.  Brent assured me that we were going to do it and I was going to get an acceptable score.  Following that setback Brent and I ramped up our sessions from 2 hours to 4 hours every other day. I think that he responded well to the challenge.
On my second attempt with Brent my score had improved 70 points. I have since been accepted to [school of my choice] where I am pursuing a [professional master's degree].  I know that if Brent hadn’t responded the way that he did I would not be where I am today. He is unwilling to accept defeat and I am honored to have him as a friend."
- John K.